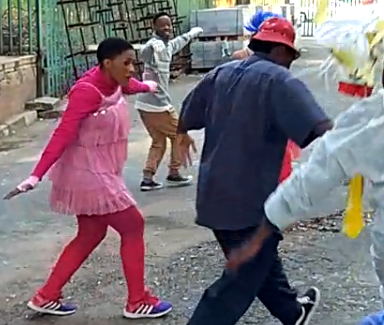 Yesterday I got to fly around the Spark Gallery in Orchards with a flock of the most beautiful birds.

The evening began in the gallery where we browsed some wonderful bird creations. 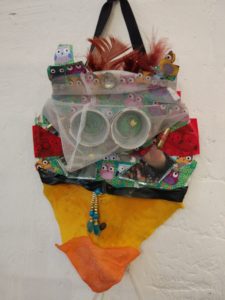 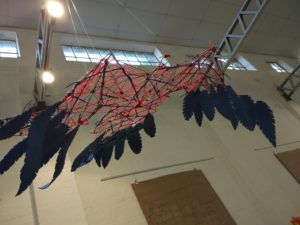 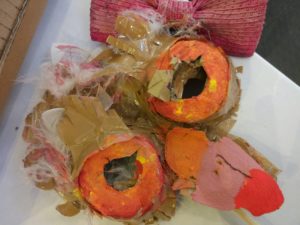 There was a short speech.

But then things took an interesting turn as a flock of birds appeared and flew among us, eventually leading us out into the garden on what turned out to be a wild adventure. The birds were fabulous with crazy costumes dreamed up from scraps. Blinds, plastic bags and blankets became wings. Beaks were fashioned out of bottles. Just as birds in their profusion of colour and shape, are a great indicator of the wild creative imagination of the universe, so these birds showed off the imaginations of the artists who dreamed them up. 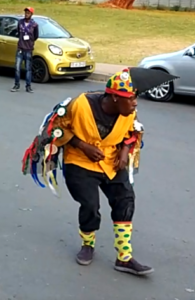 Like all good adventures there was some confusion. The narrative was somewhat hard to follow. There were two men, one in search of “his” crow. They tried to get to the kingdom of the birds, but were blocked by a very scary wall. 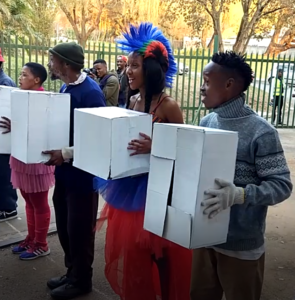 Our protagonists got through the wall, apparently with the help of graffiti artists. It turns out that painted walls are less effective as barriers! But they found themselves captives of the king of the birds. After some debate, they (and all of us) were admitted to the kingdom of the birds.

Walking in to the kingdom of the birds, just as the sun set, really was magical!

It’s a land of well-feathered nests. 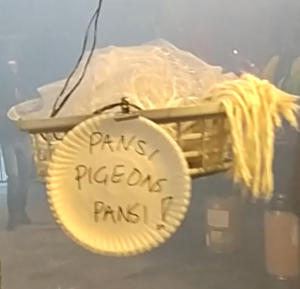 Here the king grants the two men the right to live as birds. We attend a meeting of the Ministry of Bird Affairs where a plot is hatched by the vultures, and the two men, to build more walls. But the king steps in to save the day and explain that love is all we need.

Well, love and the kind of creativity that this project has surfaced. I love that this is about everyday creativity, that it is not polished and refined, that it makes the point that creativity is for everyone with whatever materials you have to hand. What a refreshing way to spend a Friday evening. More of these kind of events will make a Better Joburg!

Birds of the Grove is a production by #ArtMyJozi and artists from Orange Grove as part of the Johannesburg Development Agency’s initiative to involve local artists in the development of the city. This particular initiative focuses on the development of Paterson Park which adjoins the gallery. A few weeks back I took a walk around the newly-refurbished Paterson Park. Some way to go still, but it’s looking good. If you haven’t visited yet, you should.