Better started as a dream to find the excellent humans in Johannesburg and share a creative space with them. We succeeded. The people who crossed Better’s threshold have been consistently high-quality people who have confirmed our belief in humans. Andrew even met the love of his life!

BUT (you knew this was coming, didn’t you) we have not been able to figure out how to make Better sustainable. So we have taken a decision to close Better on the 15th December 2017. Perhaps co-working is just not a hot enough thing in Joburg yet? Perhaps we were just bad at marketing? Better seems to be a hit as an event space, but that’s not what we want to run.

One of the good side-effects of our closing is that those of you who have been Better members will forever be part of an exclusive club. Few will be able to brag that they were once members of Better! So if you want these bragging rights you have only 15 days left to sign up and be able to tell your grandchildren that you were part of our brave experiment in finding excellent humans. Don’t miss out. (We will be signing up members until the 15th November.)

We have a great program of events lined up for November and December. Watch out for Slow Scholarship Week, the Vintage Market, the Saxonwold Shebeen, our Freelancer Year-End Party and the Great Better Auction. There will be a closing down party in December and we hope that you will come along and celebrate our year of Better with us.

We are sad, but also relieved to be rid of the financial worries and looking forward to lots of fun between now and the end. Do come and be part of it.

For next year, we hope to find new and interesting ways to stay in touch with the Better community and keep meeting, sharing and creating together. Ideas on this front are welcome.

With the phenomenon of coworking prompting a consistent doubling of available, geared coworking spaces across the globe each year over the last decade, there is nowadays lots of valid commentary and information around the issue. Facts and figures, however, can only do so much justice to what is always a rather loose association of users of coworking facilities. While the obvious parallel can be drawn between the rise of freelancing as a career path (freelancing grew 38% in the UK in 2016, and not due to a shrinking economy either, as over 80% of respondents had chosen to exit formal employment), coworking as a concept has far deeper roots and greater value than current freelancing trends indicate.

It was Steven R. Covey who said that the synergy of interdependence is an unknown and potentially huge benefit of right living. Taken down to the minutiae, every time you step into a coworking space, you’re faced with an unknown potential that is a wonderful, mysterious gift to the gregarious. It’s as though coworking spaces have arisen as the logical answer to humanity’s inevitable disillusionment with the rote factory production that sparked the Industrial Revolution all those years ago and changed the world as we know it. Not only do coworking spaces adopt a point of departure that both assumes and fosters professional integrity, competence, enjoyment and trust, they also enable something synergistic, something wonderful.

Interestingly, it was Covey who pointed to how the most important things seem never to get done, what he called Quadrant 2 activities. Coworking is precisely such a framework, just the space, to enable this life balance we all deserve and make us all, in his words, highly effective people. It reaches deeper than any other employment format – whether one “coworks” alongside a thousand colleagues a day or not in a formal employment setting – as it evokes the massively empowering and soul-warming human need to choose our environment, to choose our association, especially in the name of work. Far from the inevitable allegiance (read: ownership) that Company X demands of its employees as they file into that giant temple to its success every day, coworking is almost delirious in its meeting of the human need for unfettered, autonomous choice. Far from a melodramatic, pop-psychological observation, returning to the facts and figures, the last point is demonstrably true as cowork is, wonderfully, on the rise. And, since coworking spaces need to make money too, they are rising on the field where capital plays. They just play nicer! Free of the politics, status and tinselly considerations of a formal employment space, coworking portals shine bright into the cosmos.

Coworking does away with all of the negatives and enables all of the positives. When you put it that way – put it like that, look at it and realize it’s true – it can surely only be the slow, fearful wind-down of traditional models that inhibits the entire world rushing into their nearest coworking venue.

A glimpse of the ill-defined wonder and latent, huge productivity of coworking is probably best intimated by looking at two divergent outlets’ comments on the issue. Very much like religion and science are often saying the same thing and pointing to the same reality, but with different words, in these two snippets a similar theme is apparent.

In an article for Entrepreneur¹, author Ann Smarty lists six benefits to the business world of coworking spaces. On another site, the Coworking Handbook² lists 26 reasons why coworking is legitimately great, with the 27th being happiness. While one is a nod from formal employment and the other an unashamed “how-to” manual for the liberated mind, both point to the same growing, enjoyable and productive reality. Coworking is starting to be valued even by formal business, though business isn’t geared for the far looser, standalone freelancer’s space a typical coworking environment is.

It is interesting to note that the term “coworking” is credited as the invention of San Francisco resident Brad Neuberg, circa 2005, and in that city coworking spaces have proliferated ever that since. Looking for a model that encompassed both the outright freelance insistence on freedom of choice as well as the communality and equipped space of formal employment, recognizing as he did that in that marriage a sinless child would be born, Neuberg first brought the concept into sight of official recognition. If coworking was a dotcom, considering it’s explosive growth over just more than a decade, it would be a Silicon Valley blue chip by now, worth billions.

What will you find when entering a coworking space? Nothing! Everything! Who knows? And that’s the magic of it, the variable, the unknown, and the ultimate value. You may sit alone some days, pondering in the quiet of the place. You may need earmuffs on other days as it’s so busy. You may find yourself holding the floor at times, regaling dozens of strange faces. And you will very surely glean snippets from others in both suits and dungarees that could change your world forever. Simply because no one can cap the potential of the synergistic choice in you, coworking becomes another, different, amazing planet. That, is the thing. To try to overly define the magical essence inherent in sharing a diversified, voluntary workspace it is to have it elude you. To experience it, is to open yourself to the possibility of the greatest “work” of your human life.

Coworking holds a promise that’s hard to define yet, once known, mighty hard to live without. 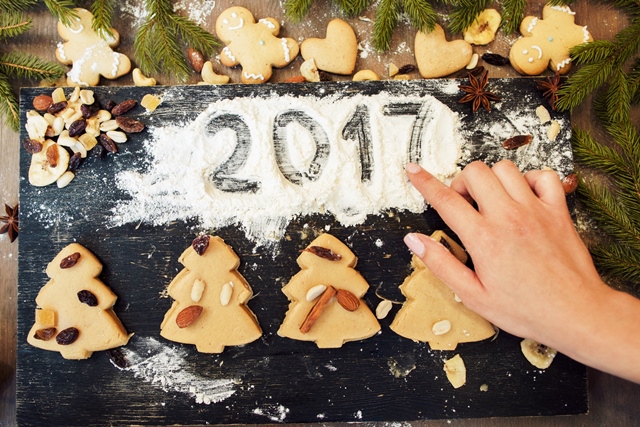 “The most regretful people on earth are those who felt the call to creative work, who felt their own creative power restive and uprising, and gave it neither power nor time.”

The New Year is a great time to re-evaluate priorities and make plans for how better to spend your precious life-time. If you are feeling the call to create, the urge to escape the corporate nine-to-five, or the need to balance your life with some more fulfilling pursuits, consider joining the Better community in 2017.

Better is a place where people doing creative things for fun or money can work, share and relax. Better is about promoting a culture of making and about celebrating creativity.

In Making is Connecting, David Gauntlett speaks of the “inherent pleasure in making; we might call this joie de faire (like joie de vivre) to indicate that there is something important, even urgent, to be said about the sheer enjoyment of making something that didn’t exist before”. He goes on to propose a definition of everyday creativity that takes into account the emotional aspects of creating, as opposed to the more traditional definition of creativity as that which results in unusual or celebrated outcomes. It’s a long definition, but worth repeating in full:

“Everyday creativity refers to a process which brings together at least one active human mind, and the material or digital world, in the activity of making something. The activity has not been done in this way by this person (or these people) before. The process may arouse various emotions, such as excitement and frustration, but most especially a feeling of joy. When witnessing and appreciating the output, people may sense the presence of the maker, and recognize those feelings.”

That’s the kind of creativity Better is about. We believe that all human beings are inherently creative, and we want to make a space where you can explore your creativity and experience the joy of making.

Better caters for artists, designers, writers, poets, programmers, photographers, and all kinds of crafters. We are open to accommodating other creative pursuits where at all possible. We’ll provide space and some equipment, as well as fast internet, tea and coffee, and a program of events. We need you to help us create a friendly and stimulating atmosphere. Come for coffee, stay to write, compare notes and helpful tips, join or host a workshop, and share your latest project with others who care about creative work.

Better is an emerging project; we are making it up as we go along! We welcome your input. What do you want at Better?

Better is based in Saxonwold, Johannesburg (more about that here) and will be opening in February 2017. Watch out for more information during January, including your invitation to visit. Leave us your e-mail address to be kept informed, follow us on Twitter (@betterjoburg) or find us on Facebook.